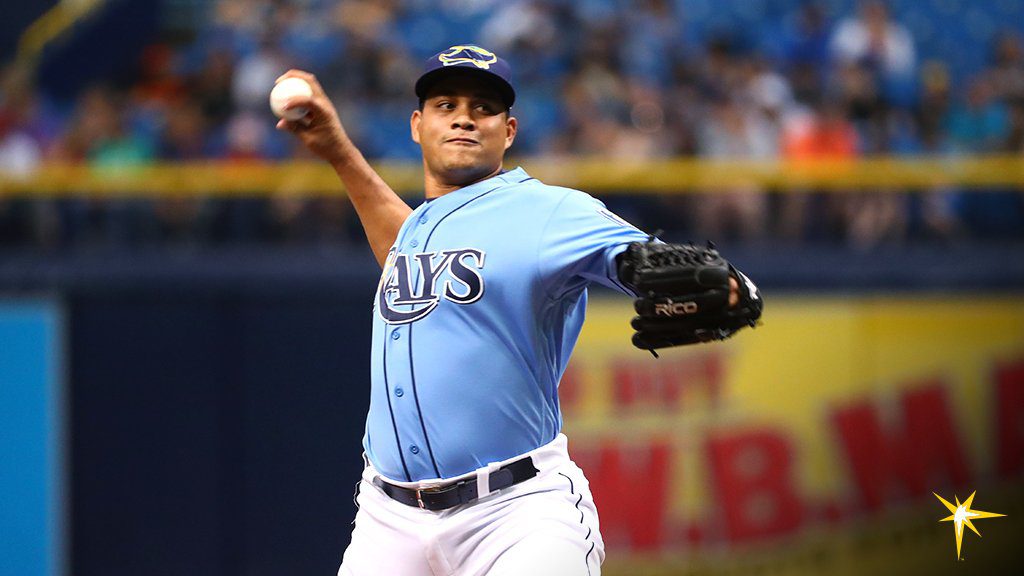 The prospect of getting right-hander Yonny Chirinos back in the Tampa Bay Rays starting rotation to begin 2022 has taken a major hit.

Marc Topkin of the Tampa Bay Times reports that the 27-year-old has suffered a setback in his rehabilitation from Tommy John surgery.

According to Topkin’s story on tampabay.com, Chirinos fractured his right elbow while throwing a live batting practice session in September, and had surgery in order to have a screw installed.

Chirinos is not the only Rays pitcher to have this sort of injury, as right-hander Brent Honeywell Jr. also fractured his elbow while rehabbing from his ulnar reconstruction surgery, and required more surgery, finally making it to the big leagues in 2021.

The thought is that if all goes according to plan, Chirinos may be able to start throwing bullpen sessions just before the end of Spring Training, and could get stretched out in a rehab assignment at the start of the season.

Chirinos underwent Tommy John surgery in August of 2020 after making three starts in the shortened season, amassing no record and a 2.38 earned run average in just 11 1/3 innings.  He was expected to be one of the pitchers competing for a starting position in Spring Training after returning from the injury.