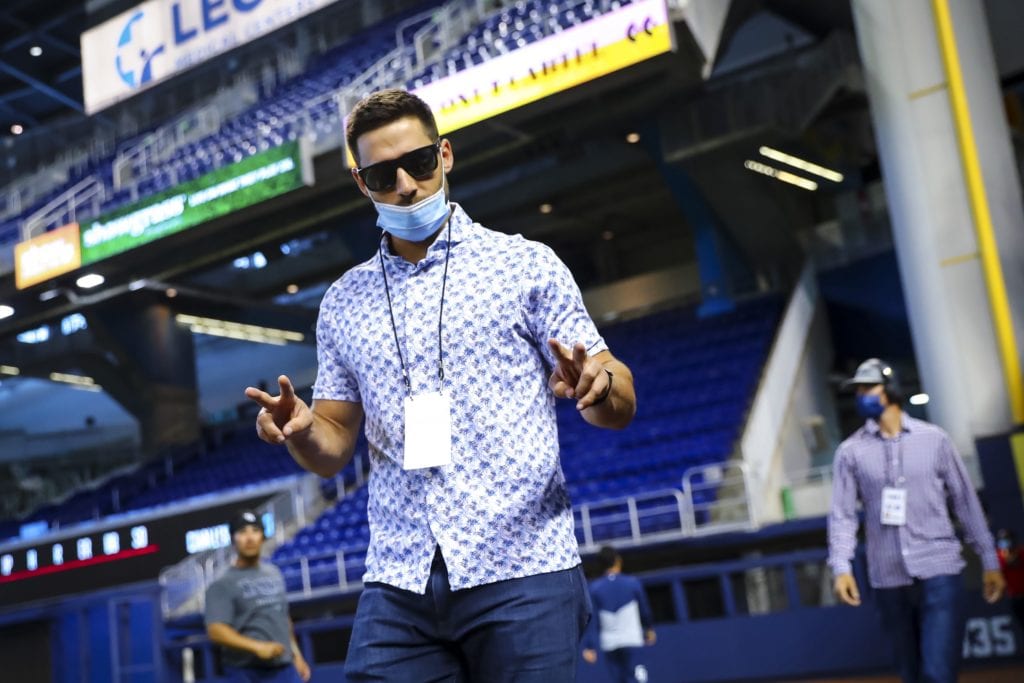 Today is Kevin Kiermaier‘s 31st birthday, and he’s getting what might be his favorite present: a day off after a successful road trip to relax with his wife Marisa and their two boys.  So to celebrate, I decided to pull out five of my favorite moments involving the Rays center fielder.

Introducing Himself By Saving Brad Boxberger

He made his MLB debut in Game 163 in 2013 against Texas, but it was in a game against the St. Louis Cardinals in July of the following year that the collective baseball world began to sit up and take notice.  His leaping grab to rob future teammate Peter Bourjos of extra bases and save Brad Boxberger from blowing a one-run lead was one of the very first amazing defensive plays, though many forget that Kiermaier was playing right field at the time.

Kiermaier made the transition to center field in 2015, and his defensive prowess came to the forefront, highlighted by this first-inning leaping catch that robbed Manny Machado of a home run at Camden Yards, helping cement KK as the best fielder in the game with his first Gold and Platinum Gloves.

Showing Rowdy Tellez There’s No Limit To His Range

Kiermaier has shown over the course of his career that he’ll do just about anything to make a play, including going headlong into the wall to make a spectacular grab.  His catch against Toronto’s Rowdy Tellez prevented an extra base hit and had everyone excited, including his teammates Yonny Chirinos and Tommy Pham.

It’s a play that the Houston Astros won’t soon forget.  Yordan Alvarez’s laser beam off the wall would have scored Jose Altuve easily if Kiermaier hadn’t played the carom off the wall perfectly and thrown a seed back into to Willy Adames, who turned and made a similar strong through to the plate to nail the Astros second baseman at the plate.  Houston may have won that series, but that moment is the one that gets etched in memories.

His defense has always been and will always be his calling card, but Kiermaier has made some big moments with the bat in his hand also.  He scored the tying run in Game 4 of the 2020 World Series on brett Phillips’ memorable hit, but Phillips likely doesn’t get that opportunity if Kiermaier doesn’t unload on Dodgers reliever Pedro Baez a couple of inning earlier, tying up the game.