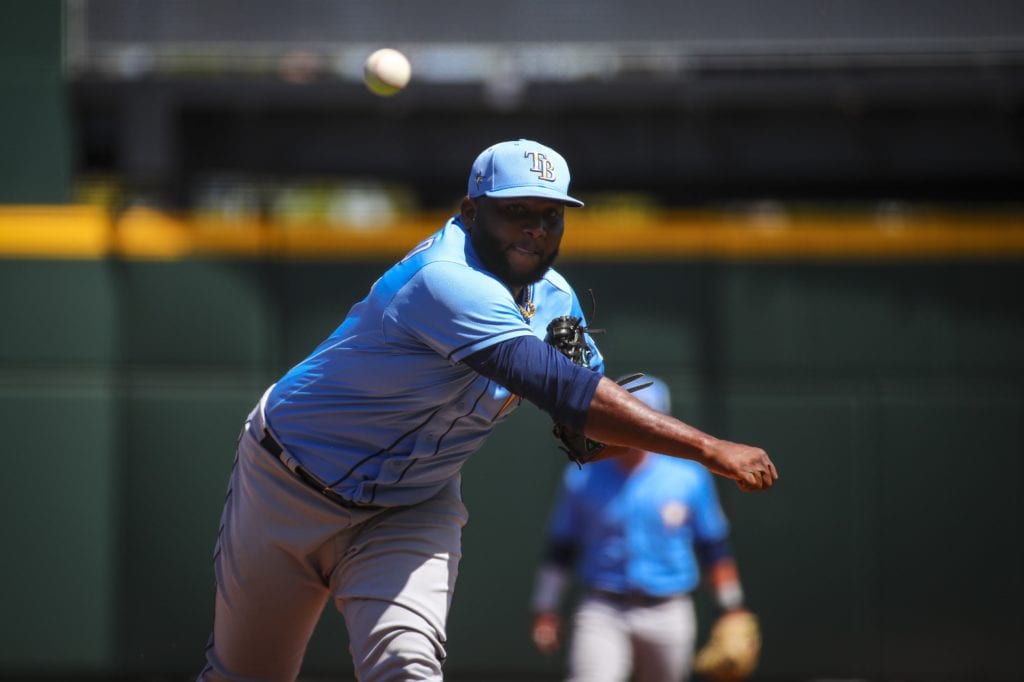 Right-hander Diego Castillo leads what should be one of the most formidable relief pitching corps in all of Major League Baseball (photo: Will Vragovic/Tampa Bay Rays)

The Tampa Bay Rays made another roster move prior to their matchup Friday with the Toronto Blue Jays, placing reliever Diego Castillo on the COVID-19 injured list due to side effects from his vaccination.

Castillo has appeared in nine games for Tampa Bay so far in 2021, compiling an 0-1 record, a 2.79 ERA and four saves in six opportunities.  He last pitched Wednesday, taking the loss against the Kansas City Royals.

To take his spot on the active roster, reliever Chris Mazza, who was optioned on Thursday, was recalled and Louis Head was selected from the alternate training site.