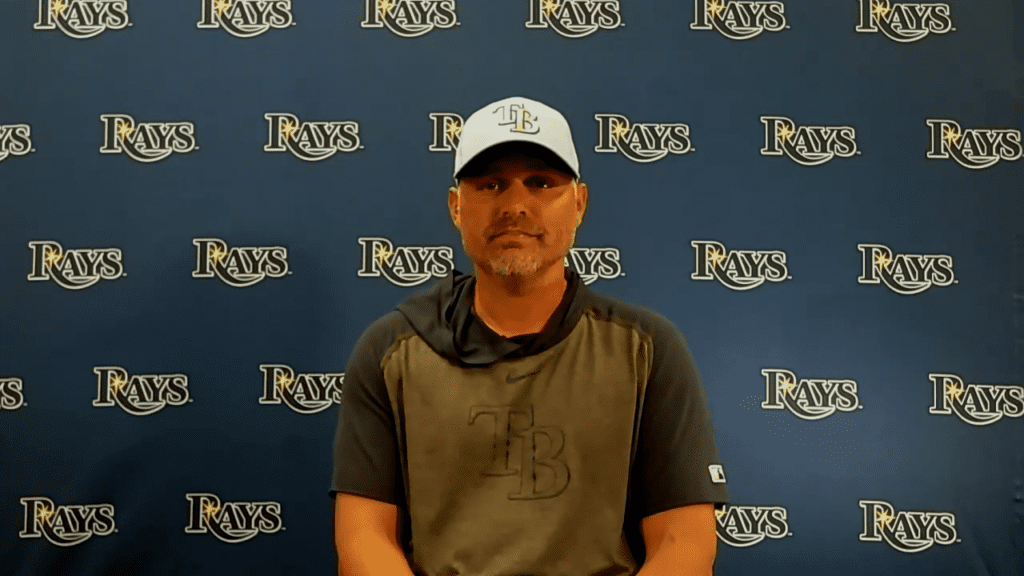 Tampa Bay Rays manager Kevin Cash has now accomplished something no other American League skipper has ever attained by winning the Manager of the Year award for a second consecutive season, taking home the 2021 award after also winning in 2020.

Cash, in his seventh season at the helm of the Rays, withstood the loss of two of his top pitchers that led the team to the World Series in 2020 (Blake Snell and Charlie Morton), and saw a third go down to injury midway through the year (Tyler Glasnow), and still led Tampa Bay to its first 100-win campaign in franchise history and a second consecutive American League East division title, also a first for the organization.

The 43-year-old manager is the 16th different multiple winner of the award, and equals Joe Maddon for the most win by a Rays skipper.  Maddon won the award with the Rays in 2008 and 2011.

No manager was named on every ballot, but Cash received 19 of the 30 first-place votes, and was left off just three ballots.  Seattle’s Scott Servais finished second, with Houston’s Dusty Baker third.

Cash joins Atlanta’s Bobby Cox as the only managers to win the award in back-to-back years.  Cox won the National League Manager of the Year with the Atlanta Braves in 2004 and 2005.

Similar to Monday’s Rookie of the Year ballot, two writers from each American League chapter voted on the award, with a 5-3-1 scoring system.  The full standings are below, with first place votes in parentheses.

American League Manager of the Year

In this article:Featured, Kevin Cash, Manager of the Year, MLB Today, Rays News