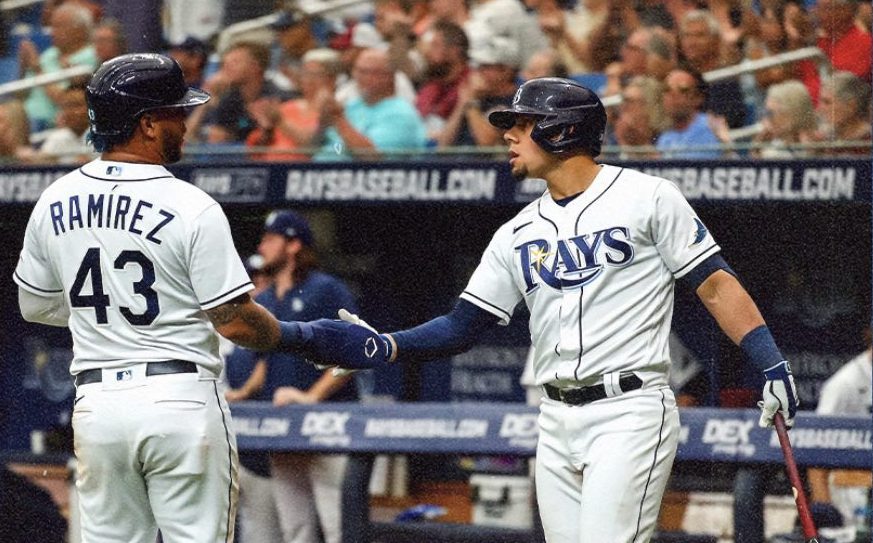 The Tampa Bay Rays bullpen threw a combined six-hitter, and Brett Phillips finished with a pair of RBI singles as the Rays earned their third consecutive series victory with a 2-1 win over the Seattle Mariners Thursday afternoon at Tropicana Field.

For the first time this season, a Tampa Bay opener allowed a run, as left-hander Jeffrey Springs allowed a leadoff single to Adam Frazie, who took second on a Ty France groundout and scored on a RBI triple by Eugenio Suarez.

Tampa Bay drew even in the bottom of the second off Mariners starter Chris Flexen, with Harold Ramirez drawing a walk, getting sacrificed to second on a Josh Lowe bunt, taking third on a Taylor Walls groundout and scoring on Phillips’ first hit of the afternoon.

Phillips worked into the third, with Jason Adam taking over through the fourth, and Jalen Beeks working a scoreless fifth needing to get out of a bases loaded situation with a double play grounder before putting up another zero in the sixth.

After J.P. Feyereisen worked a scoreless seventh, it was the bottom of the order again coming through in the home half of the inning, with Ramirez and Lowe starting with base hits, and after a double play grounder by Walls, Phillips lining a pitch off Flexen’s leg and toward the empty left side of the infield, allowing Ramirez to trot home and break the tie.

Feyereisen (1-0) put up another zero in the eighth before Colin Poche allowed the tying run to reach on a leadoff base hit in the ninth by J.P. Crawford.  The lefty got Abraham Toro to pop out, then Julio Rodriguez popped into a fielder’s choice, as his fly ball deflected off Brandon Lowe‘s glove to Phillips, who erased Crawford at second base.  The Mariners pinch-hit Tom Murphy for Jared Kelenic, with Kevin Cash countering by bringing in Ryan Thompson.  The right-hander then struck out Murphy looking to end the game and earn his second save.

The win is Tampa Bay’s sixth in the last eight games.

The Rays will welcome in the Minnesota Twins to Tropicana Field on Friday evening, with Corey Kluber (0-1, 3.68 ERA) getting the start against Dylan Bundy (3-0, 0.59 ERA).  First pitch is scheduled for 7:10.