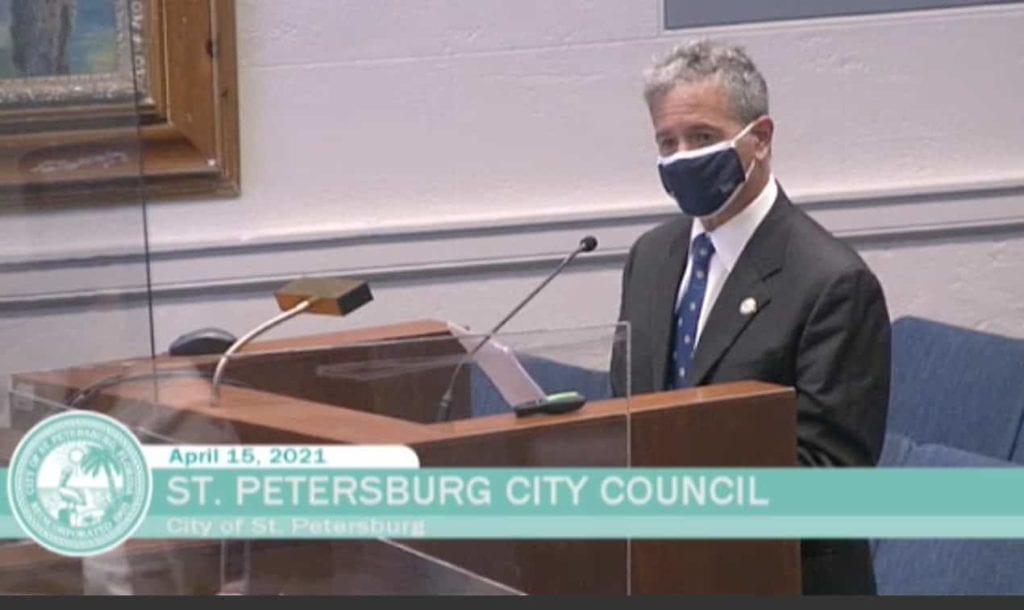 During tonight’s broadcast of the college football game between Navy and Tulsa, an ad was shown that was the first that I have seen denouncing the “Sister City Concept” that Rays owner Stuart Sternberg has been touting as the only way to save regular season Major League Baseball in the region: by splitting it with the city of Montreal, Quebec.

You can see the ad, thanks to my friend Tim Burke below.

oh my goodness, this ad that just ran here during Navy-Tulsa pic.twitter.com/K7c6fsq8r0

This ad is different than the billboard that was put up earlier this week by a group based out of Montreal that read that if Sternberg and his group wanted a baseball stadium in Montreal it would not be at the expense of the province’s taxpayers.

No, this ad went right after Sternberg himself, and it contains some pretty vicious language. At one point the ad asks “Is he a bad businessman, or just a liar?” I mean this is the sort of thing that can bring about litigation. And at the end of the ad, at the very bottom, you find out that the advertisement is paid electioneering communication, and it’s from a group called Citizens for Integrity in Politics based out of Miami.

Now THAT is what caught my eye. A political ad, from a group based in Miami, targeting a professional sports franchise owner based in Tampa.

And I wanted to know…just who is “Citizens for Integrity in Politics?”

It turns out, it’s a heck of a lot easier than you think to find out.

Because it has to do with electioneering, the group has to register with the State of Florida as a Political Action Committee. And thanks to transparency laws in this state, you can find out all sorts of interesting things about them. Like that this particular one was formed in June, and consists? of just one person: a man named Steve Simeonidis. And just who is Steve Simeonidis? Well it turns out that he’s an attorney. Not only that, he’s an Assistant State Attorney, based in Miami. He was also until July the volunteer chairman of the Miami-Dade Democratic Party, and according to FloridaPolitics.com, still the co-chair of the rules committee for the Florida Democratic Party and an elected member from Florida to the Democratic National Committee.

I mention all of this because of the statement that was made in the ad regarding Sternberg I mentioned before. “Is he a bad businessman, or just a liar?” You see, it’s very, very hard for public figures to prove libel in court. It requires the proof of something called “actual malice.” There’s a Supreme Court case titled New York Times vs. Sullivan, in which the justices ruled that for a public official to prove libel, they must show that what was said was made with actual malice, meaning with the knowledge that it was false or with reckless disregard for the truth.

But Sternberg is not a public official, but a private citizen (albeit a very public figure). And the fact that the statement says “Is he a bad businessman, or just a liar” means that in either case they are calling him a liar. And as an attorney, especially one with a B.A. from Notre Dame in Political Science and Theology and a law degree from the University of Miami where he was a fellow on the Center For Ethics and Public Service, you would think Mr. Simeonidis would know better than to make a statement like that, because a claim of actual malice I think could be made.

In addition to finding out who is behind the political action committee, the names of the people who have donated to the committee are also a matter of public record. And it turns out that Citizens for Integrity of Politics had a total of $8,751.29 contributed to it in the month of August, the only month in which any donations were made to it up through the end of September. They have not had to declare what contributions have been made this month yet because the month is still ongoing. And it turns out the entire amount was made in a single donation, coming from one Christopher Palermo, who just happens to be a personal injury attorney based in Lutz. I have not been able to find any verifiable connection between Palermo and Simeonidis, but with the former being the only donor to the latter’s political action committee, you have to believe that there is one.

And that brings us to the biggest question of all: why would a Miami State Attorney take nearly nine thousand dollars from a Tampa attorney to form a PAC and and create a political attack ad and go after the owner of a professional sports franchise? I mean the easy answer would be there has to be money to be had in doing this. It’s like I have said in the past: the answer to most questions when it comes to professional sports is money. It’s always about money, and anyone who says it’s not about money is lying to your face.

And finally, if you feel the message is right, and I’m sure there are many that do, you have to ask yourself if this is the messenger you want to get behind. I would just say that I’d want my message to look a little more…polished? Professional? Not looking like it was done at 2:30 in the morning the night before it was due?  And by the way, if I was Mr. Palmermo and had seen the ad that Mr. Simeonidis made that aired on local television here on this Friday night, I’d be asking for my money back…or at least go find the kindegartener that made it. Because I think my six-year-old niece could have done a better job on broken iPad. Just saying.

Anyway, my plan is to reach out to both Palermo and Simeonidis next week and see if they would like to join me and explain why they felt this was the right time to air that ad. I hope to bring that to you.

Listen to this special bonus episode of the Under The Orange Roof Podcast below!

In this article:Featured, Stuart Sternberg