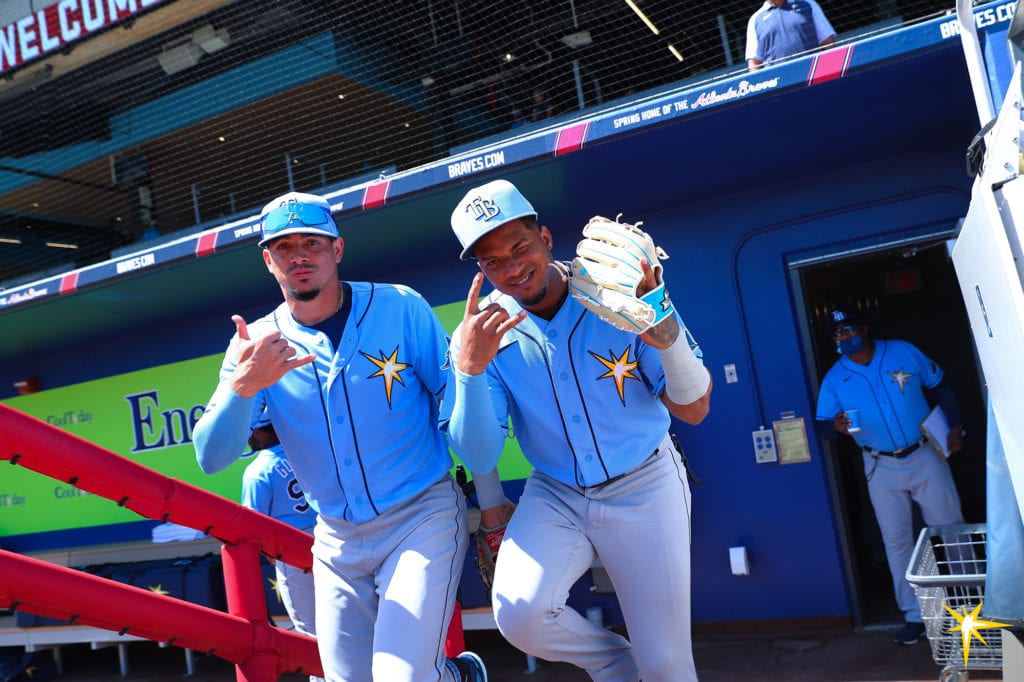 May 21, 2021 will be remembered by Rays fans as one of those days when you hate the business of baseball.

It’s the day that the guy that has become the heart and soul of the clubhouse over the last four years, shortstop Willy Adames, finally heard his name called by general manager Erik Neander and was told his time with a TB on his hat was at an end, as he was traded to the Milwaukee Brewers.

As fans, you have every right to hate the move.

Adames is known as being one of the most likeable guys not just on the Rays, but in all of baseball.  The smile is infectious, the boyish swagger charms even the most hardened of baseball purists, and he personified the team’s way of being successful on the field: with stellar defense and timely hitting.

“You can’t create a better human being than what Willy is,” general manager Erik Neander said Friday.  “It makes decisions like these especially hard.  We watched him grow up in our organization.  We watched him be a part of winning clubs through the minor leagues, through our major league team as well, and we wouldn’t have accomplished all that we’ve accomplished over the last several years without Willy.”

But as fans of this club, you also had to know that not only was the move going to be made, but it had to be made.

It has little to do with the contract situaton for Willy.  He will go to arbitration for the first time this offseason, and will get a significant boost from the $590,000 he’s making this season, but he is still three years away from being lost via free agency.  Instead, it has to do with group of players who are on the cusp of being everyday players at the same position that Adames plays.

Taylor Walls will get the first opportunity on Saturday when he joins the team from Triple-A, and Neander feels the former third round pick out of Florida State is the most ready of their three switch-hitting infield prospects to take on the responsibilities at the major league level.

“[Taylor] will take on what we felt was most important for our club now: the defensive abilities that he has, how he’s swinging the bat,” Neander explained.  “I believe he is the right one for the opportunity that will be there as we move forward.”

But right behind Walls are Vidal Brujan and the consensus top prospect in all of baseball Wander Franco.  When they come up, the front office and coaching staff will want them in the lineup every day, just like when Adames arrived and the team found itself needing to trade Adeiny Hechaverria.

The trade also brought back from Milwaukee a pair of very good arms in Drew Rasmussen and J.P. Feyereisen.  These are pitchers that other playoff contenders would have been after as the schedule ticked closer to the trade deadline, and as Rays broadcaster Dave Wills is keen to say: “If you think you have enough pitching, go out and get some more pitching.”

Rays fans may be hurt, but the front office is trying to make sure that come October and November, you’re feeling confident that another World Series appearance is on the horizon.