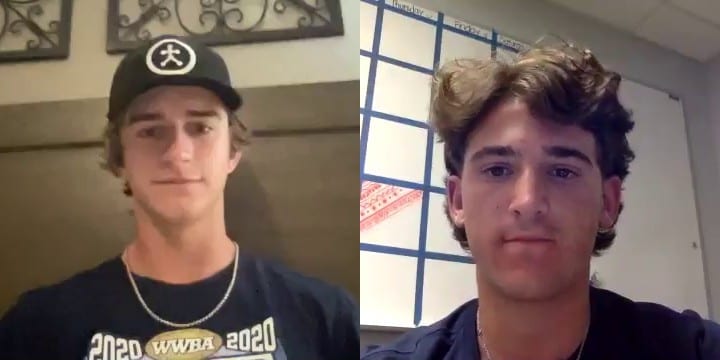 The Rays went with a pair of high school infielders with their two selections on Night 1 of the 2021 MLB Draft, but just who are Carson Williams and Cooper Kinney?

Williams is a shortstop from San Diego, who played at Torrey Pines High School, the alma mater of Astros catcher Garrett Stubbs, who Williams told me is a long-time family friend.  He is also the cousin of Marlins minor-league outfielder Zach Zehner, who is currently with their Triple-A affiliate in Jacksonville.

Check out his prospect video to see what he looks like at the plate and in the field.

Williams also participated in a wooden-bat championship tournament with his travel team in Fort Myers, where he was named most valuable player .

Check out the highlights!

Finally, Kinney was named the Gatorade Player of the Year and Mr. Baseball in Tennessee.  Here’s a look at some of his highlights.