Five Players Who Would Be Exciting Call-Ups For Rays 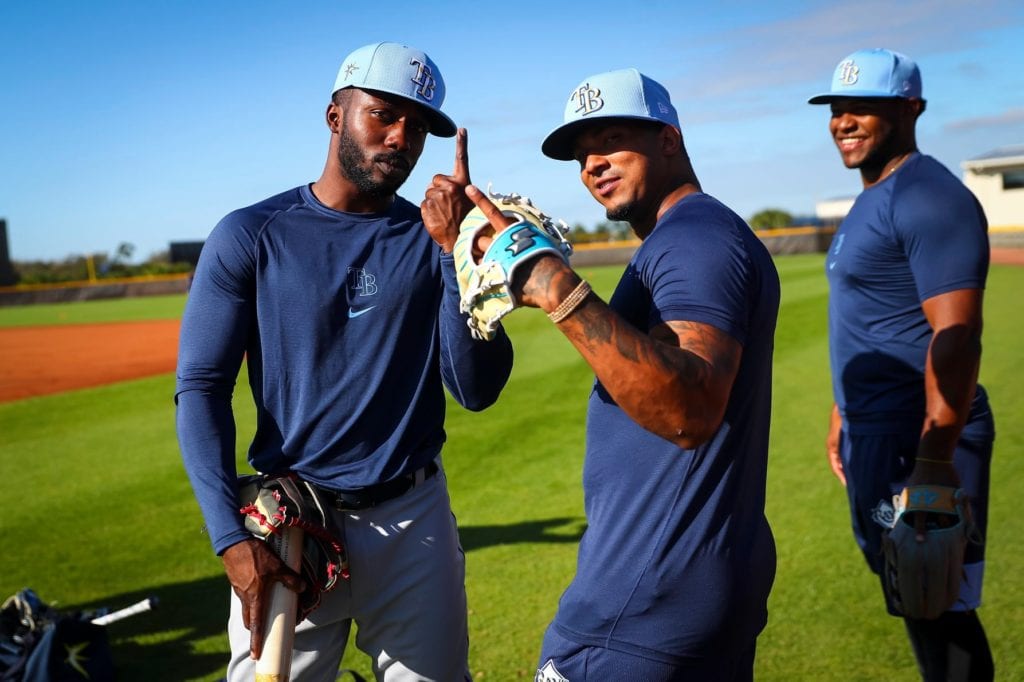 The Tampa Bay Rays top minor-league affiliate, the Durham Bulls, are off to a spectacular start in their season.  They nearly pulled off the almost unheard-of feat of sweeping a six-game series on the road, taking the first five games from the Memphis Redbirds before dropping Sunday’s finale 7-6 in 10 innings.

Kyle Glaser of Baseball America named the Bulls Opening Day roster the most talented in the minor leagues (subscription required to view), and a number of players on the roster have seen the big leagues at some point already, but here are five players Rays fans should be excited for if they make their Major League debut in 2021.

I know, next thing I’ll tell you is that the sky is blue.

Everyone wants to see the consensus top prospect in all of baseball make the breakthrough this year, and he started his time in Triple-A  as we all expected him to: hitting the baseball all over the field and scoring runs.  He hit for the cycle in his first two games combined, then smashed the home run you see above into orbit on Saturday.  Despite the titanic blast, Franco’s bat has cooled off somewhat, as he is just 2 for his last 14.  We’ll see how his first series at Durham Bulls Athletic Park against the Jacksonville Jumbo Shrimp starting Tuesday begins.

Perhaps the only player that started off hotter than Franco is Brujan.  The 23-year-old finished the first series of the year going 10 for 22 with an astonishing 1.571 OPS.  He has homered four times in the first five games of the series, and driven in nine.  By comparison, in 2019 it took him 83 games between High-A Charlotte and Double-A Montgomery to get his fourth homer, and 17 games to tally nine RBI.

The only pitcher on this list, Ryan made his Triple-A debut Wednesday, and worked five shutout innings, allowing just two hits without a walk and striking out nine to earn the win.  The 2019 minor league pitcher of the year for the Rays showed he’s ready to pick up right in line with where he left off when minor league baseball came to a halt because of the pandemic.

The former Florida State standout was the organization’s defensive player of the year in both 2018 and 2019, and the switch-hitting infielder is also demonstrating that his eye at the plate is getting better as well.  He does not have an extra-base hit yet this season, but has reached base already 11 times this season in 24 plate appearances (six singles and five walks).  The way the Rays value run prevention could allow the soon-to-be 25 year old a chance to don a big league uniform at some point this season.

The trade of older brother Nate to the Texas Rangers (and the younger brother’s move to the outfield) this past offseason will prevent us from ever having the chance to see Tampa Bay turn a “Lowe to Lowe to Lowe” double play (Josh to Brandon to Nate), but the first-round pick from 2016 is on the 40-man roster for the first time and is off to a pretty good start.  He has three homers in the first six games and has driven in eight, including four in Sunday’s loss.  If the free-swinging outfielder can cut down on the strikeouts (he has struck out 400 times in 349 games since reaching full-season ball in 2017), could he be in line to contribute at some point this year?