Five Good Takeaways, One Concern From the Road Trip 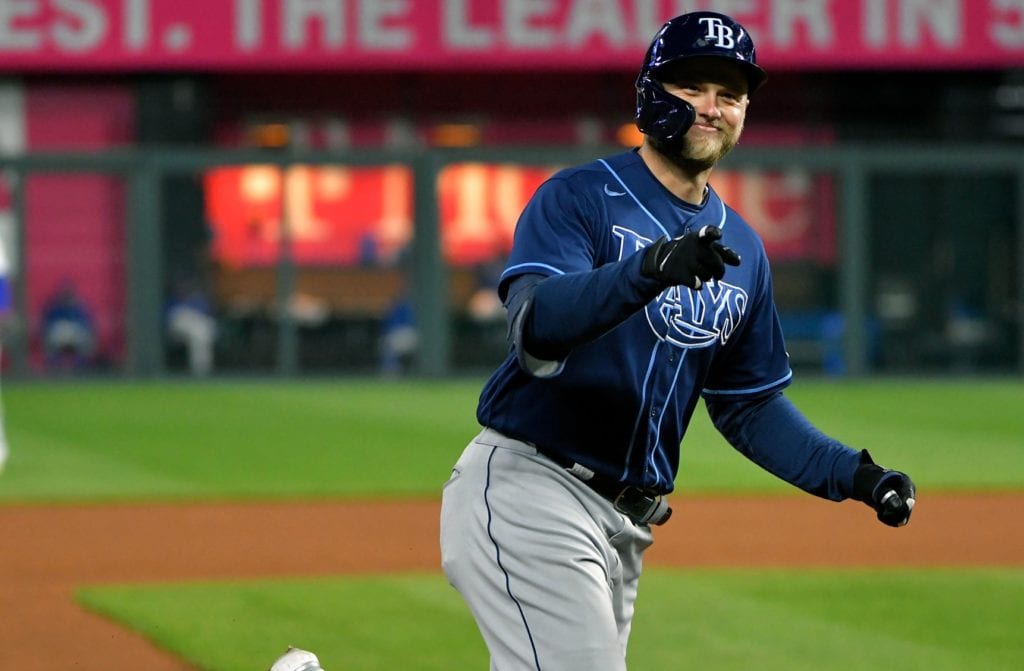 With the Rays finishing up the road trip through New York and Kansas City with a 5-1 record.  I figured that it would be a good time to highlight five positive aspects along with one area of concern I saw from the team’s latest jaunt away from Tropicana Field.

He didn’t make the Opening Day roster in 2021 after going 5-0 with a 2.78 ERA in 2020, and was not called up from the alternate training site until after Chris Archer ended up on the injured list, but left-hander Josh Fleming showed he was ready when the call came.

Fleming did take the loss April 14 at home against the Texas Rangers when he allowed just one run, but then turned around and with 40 friends and family members in attendance Monday at Kauffman Stadium, he allowed just a single hit and struck out three while pitching into the sixth and throwing just 65 pitches.

Good: The Improved Bats of Brandon Lowe and Yoshi Tsutsugo

The two left-handed bats struggled to begin 2021.  Tsutsugo had just one extra-base hit and one RBI in his first 12 games, and struck out 17 times in his first 43 plate appearances of the season.  Lowe was mired in a 4 for 31 stretch at the end of the last homestand, with a batting average of .167 on balls in play.  Both seems to have found something to help them begin to turn things around.

Tsutsugo played in just three of the six games, but had a base hit in each game, and drove in four of his five RBI on the season during the trip.  Lowe’s struggles continued in New York, but the cold weather in Kansas City woke up his bat, as he homered in each of the last two contests, and he finished the road trip with six RBI of his own. 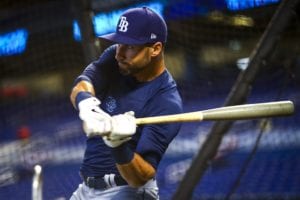 Good: Getting Kevin Kiermaier Back From The Injured List

The Rays center fielder may never be a juggernaut at the plate, but what he does best is put fear in the hearts of opposing third base coaches looking to get their runners to take the extra base when he’s in the field.  It just so happens that he’s provided a lift at the plate as well.

Kiermaier has hit safely in all four games he has started since returning from the injured list Saturday, driving in a pair of runs and scoring four more himself, all while trying to hit to all parts of the field.  If he can keep himself from trying to pull the baseball each time he swings, we could be in for a surprise from the perennial Gold Glove outfielder.

Good: Joey Wendle Being A Difficult Out

When it comes to production at the plate this season, it hard to think of anyone who has contributed more than the Rays third baseman.  Only three players in the American League have a higher WAR so far in 2021 than Wendle: Mike Trout, Vladimir Guerrero Jr., and J.D. Martinez.  Wendle has hit safely in his last nine consecutive games and 11 of his last 12, plus he has shown how tough an out he can be with the game on the line, with a slash line of .625/.625/1.500 in games definied as “late and close” by Baseball-Reference (plate appearances in the 7th inning or later with the Rays ahead by one, tied, or with the tying run at least on deck).

Remember when the Rays rotation would be in big trouble if one spoke on the wheel faltered?  You can only imagine what those teams would be like if they had to deal with some of the things that have gone down this season.  But the 2021 Rays are an experienced bunch, and have been able to overcome the obstacles, whether it’s Tyler Glasnow’s hand and leg cramping up in New York, or Rich Hill failing to get out of the third in Kansas City.

Concern: Watching The Injuries To The Bullpen Pile Up

You could tell the bullpen was out of gas Wednesday, when Diego Castillo gave up two runs in the ninth to let the Royals spoil the bid for an unbeaten six-game road trip.  And it doesn’t help that the list of pitchers on the injured list has grown longer on this road trip with both right-hander Collin McHugh and lefty Cody Reed landing on the IL.  That makes seven relievers currently unavailable for the Rays, and has forced pitchers like Castillo, Andrew Kittredge, and Jeffrey Springs to pitch more than the coaching staff may have wanted.  The hurlers will hopefully enjoy today’s day off, because Friday starts a stretch of 17 consecutve days playing.